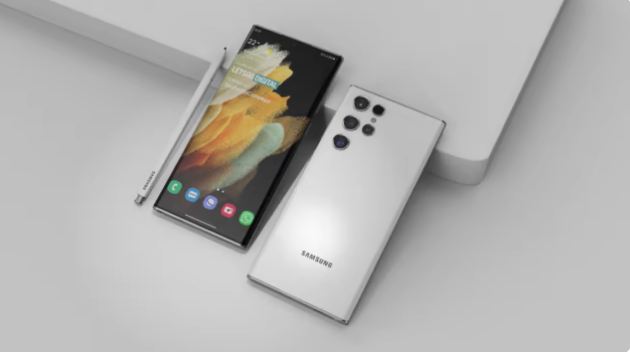 There are speculations about the launch of the Samsung Galaxy S22 around January 2022. The gadget will have the following lineups; Galaxy S22, S22 Ultra, and S22+.

Presently, there is no official declaration on the device, but rumors are extreme about the phone’s many features.

The phone will come with four cameras, with the camera having an enhanced version 108 megapixels HM3 sensor of 1/1.33 inches. It will also have 85 degrees field of view (FOV), an aperture of f1.8, and a pixel density of 0.8um.

We should expect that the Samsung Galaxy S22 will be of a non-removable 5000mAh, according to @UniverseIce.

According to @UniverseIce, Samsung Galaxy S22 will adopt a battery that is a 45Watt fast wireless charge.

Leaker FrontTron, however, speculates that the battery will come with a 65Watt fast charging. We should also expect that it will charge without wires.

The display size will be more petite and slimmer, from 6.0 to 6.5 inches, than the already released S21.

According to Galaxy Club, there are rumors that the Samsung Galaxy S22 will be green, white, rose gold, and black. Others have it that it will come in red and green.

The camera covering will likely be prominent in the frame in all the Samsung Galaxy S22 phones series, and S22 Ultra will probably have an S Pen support.

We look forward to seeing a plastic back cover instead of glass like the previous version S21. We also expect the Smartphone to be waterproof and come with USB-C features.

Also, there are speculations that the new Samsung Galaxy S22 will have 5G connectivity, and the idea aligns with the latest 5G trend that all recent mobile phone companies have adopted.

Samsung Galaxy S22 series will have about 500Gigabyte storage space and a wireless charge feature.

The proposed RAM is 8GB. We also anticipate that the Samsung Galaxy S22 series will come with AMD hardware with Android 12.

Others speculate that the Smartphone will have a processor from Qualcomm Snapdragon, which would launch in December as Snapdragon 898.

What are some cool Samsung features?

Samsung produces all their phones with absolute consideration for their users ensuring that all the features are top-notch.
Some of the cool features of the phone include;
• Dark mode
• Cool gestures
• Advanced apps notification features
• One-handed mode
• Separate call vibration outlines
• Diverse customization

Will the S22 have expandable memory?

Though we expect that by January 2022 Samsung will launch the S22 series, we also expect it has expandable memories of about 12GB ROM.
When did S22 come out?

Samsung is yet to release S22 but it is likely to come out in early 2022 at least by January.

Samsung Galaxy S22 series will be competing with iPhone 13 in terms of its numerous outstanding features.

Various leaks reveal that it will be flatter, has four high-resolution cameras, is 5G compatible, fast wireless charging, among other unique features.

An Overview of the Use of Mobile Phones in West Africa